About This Web Site

I was raised in a fine Catholic family who were diligent in following the precepts of the catholic church. I began reading the bible as a teenager. Initially, I read it more out of curiously than anything else. In my late teens I began doubting some of the Catholic dogma such as the worship of the virgin Mary, Papal infallibility, confessing your sins to a priest and other teachings.

I began listening to some preachers on the radio and liked what I heard from people like Theodore Epp and Herbert W Armstrong. They gave me deeper knowledge of the bible. I began studying different translations for further enlightenment.

I became a member of the Worldwide Church of God (WCG) in 1972. The church's emphasis was on prophecy, tithing and the keeping of the Holy days of God. However because of power struggles for leadership roles in that church, I began to wonder if God was involved or was it the work of men. I did learn much in that organization because it encouraged me to study the bible regularly.

The church emphasized observance to many laws of the Old Covenant. I finally got fed up with their competetive nature and the extensive changes to church doctrines. In the mid-90s, the WCG fractured and many left that organization. I left in 1995. Self appointed leaders emerged, forming their own groups and enticing people to join them. Most of these splinter groups held on the original doctrines of WCG.

There was never any true harmony and unity among them, even though each group claimed to be of the body of Christ. I began attending with some of the off shoots. However I became disillusioned because of internal squabbles and lack of brotherly love as I perceived it. The final straw came was when I gave a sermon in the summer of 2014 titled "Jesus Christ, The Saviour of the World". The church leadership advised me in no uncertain terms that I was not preaching according to their doctrinal "statement of beliefs".

After a great deal of thought and study, I decided to put together this web site, hoping it would be of spiritual benefit to some. I am well aware that some of what is written here is controversial and, in some cases contrary to mainstream Christian teaching. So be it. I believe in Jesus Christ as Savior. I believe He is the Savior of all the world, not just some of the world. And I also believe that the Holy Scriptures are God's inspired and infallible true word to humankind. 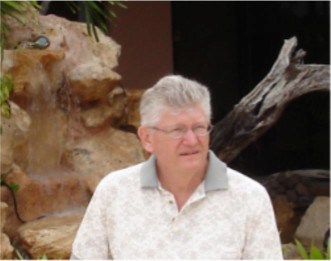 We live to die - we die to live ©JTK
Related links:

Back to HOME
Back to top of page